Why Employers should comply with the Pension Law under the CPS 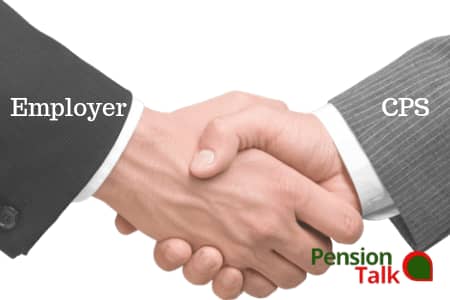 All Employers under the mandatory Contributory Pension Scheme (CPS) are at the least expected to deduct and remit pension contributions on behalf of their workers. In addition, they are mandated to maintain a Group Life insurance Premium Policy (GLIP) for their workers as well. These really are the basics or minimum standards that are expected from the employer. According to S4 of the Pension Reform Act (PRA 2014), failure to comply attracts sanctions and penalties for the employer.

Meanwhile, the National Pension Commission in its drive to ensure compliance has been at the forefront sanctioning erring employers as evidenced in its latest report and recovering over NGN553 million from defaulting employers in principal contributions and penalties. However, in practice, most employers still do not comply with the pension laws. They see pension cost as an additional operation’s cost which to them does not bring any immediate benefits.

Rather than complying, some employers go further to also disallow pension contributions on behalf of their employees in their organisations. While in some extreme cases, some of them, having deducted pension contributions from the employee’s pay, fail to remit to the employee’s PFA, an act that is a flagrant disobedience to the extant pension law.

The above sharp practices by some employers of labour are not only wicked but entirely unjustifiable.

Employers should not see pension contributions cost as merely “operational cost” but rather they need to see it as a fixed cost that is necessary and compulsory in nature.

The benefits of complying with the extant pension law is enormous especially for the business and far outweighs the expense or the charge to profitability it portrays.

What are the benefits of complying with the Pension law:

*Employees will feel a sense of belonging and security especially at old age when they eventually retire from work. Knowing that at retirement they get to live a comfortable life, this will not only make them to be committed to their work, it will also have a sense of security at retirement and thus making the work worthwhile after all.
*In addition to the benefits to the worker, complying with the pension law saves the business from incurring additional compliance cost arising from non compliance to the pension Act. Employers are saved from incurring penalties and fines including disruption to business operations.
*Complying with the pension law also positions the organisation as a responsible and socially aware entity. It is only a responsible business organisation that will cater to the well being of its workers. Moreso, complying with the extant law of the land at the expense of their profitability, shows the level of responsible management team the organisation has.

*A compliant entity will be issued a Certificate of Pension Compliance by the National Pension Commission (PenCom). Such certificate is an attestation to the entity’s level of compliance with the extant pension law. Organisation with such certificate are the ones only allowed to bid for Federal Government contracts.

What is really expected from the Employer and Employee?

*From the employee or worker, what is expected are:

3) In addition, if he or she can decides to make additional Voluntary Contribution (VC), the total amount so decided should be communicated to the employer, who will deduct such VC every month in addition to the statutory deductions (see below)

*As for the employer, at the minimum, an employer is expected to do the following:
1) Deduct and remit pension contributions on a monthly basis on behalf of its workers. Such employer is expected to remit a statutory deductible minimum of 18% of the worker’s monthly emoluments (i.e. Basic salary, Housing and Transport at the minimum). The worker is expected to contribute a minimum of 8%, while the employer is expected to contribute 10% minimum.
2) Open a Retirement Savings Account for the employee if he or she doesn’t have one 6 months after joining the employer’s workforce according to S11(5) of the Act.
3) Maintain a Group Life Insurance Policy (GLIP) that is a minimum of 300% of the workers total annual emoluments with a life insurance company. The employer is expected to display the GLIP certificate at the office premises conspicuously.
In a recent circular from PenCom, employers have been issued an ultimatum to display their GLIP certificate failure of which will attract sanctions
While it can be seen as an additional cost to the organisation, there are immeasurable benefits that the organisation will derive from complying with the extant pension laws. It is advisable that employers should ensure strict compliance or ask for assistance where it is required.

Major Players In The Nigerian Pension Industry And What They Do

Planning Your Retirement? Read this from a Retirement expert

How to apply for Residential Mortgage Equity Contribution with RSA balance

Technology has made mismanagement of pension funds impossible – PTAD

Data Recapture Exercise – How to do it

Dec 5, 2022 PensionTalk
Scroll Up
Chat
1
Need help?
Pension Talk
Thank you for visiting .
How may we help you?